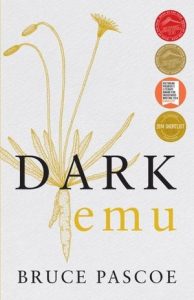 History has portrayed Australia’s First Peoples as hunter-gatherers who lived on an empty, uncultivated land.

History is wrong. In this seminal book, Bruce Pascoe uncovers evidence that long before the arrival of white people, Aboriginal people across the continent were building dams and wells; planting, irrigating, and harvesting seeds, and then preserving the surplus and storing it in houses, sheds, or secure vessels; and creating elaborate cemeteries and manipulating the landscape.

All of these behaviours were inconsistent with the hunter-gatherer tag, which turns out to have been a convenient lie that worked to justify dispossession.

Using compelling evidence from the records and diaries of early Australian explorers and colonists, Pascoe reveals that Aboriginal systems of food production and land management have been blatantly understated in modern retellings of early Aboriginal history.

NEXUS was fortunate to have Bruce Pascoe as a presenter at the Secret History of Australia Conference in 2018. He discussed the topics covered in this book and included visual evidence. He presented recorded accounts of observations from colonials, including an efficient and ingenious fishing technique used by Indigenous Australians but observed by colonials as “lazy” (see Nexus website for DVD and streaming options).

Dark Emu, a bestseller in Australia, won both the Book of the Year Award and the Indigenous Writer’s Prize in the New South Wales Premier’s Literary Awards, with the judges for these awards noting, “Dark Emu injects a profound authenticity into the conversation about how we Australians understand our continent … [It is] essential reading for anyone who wants to understand what Australia once was, or what it might yet be if we heed the lessons of long and sophisticated human occupation.”

A new look at Australia’s past is required—for the benefit of us all.