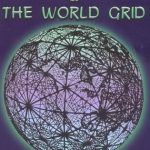 Anti-Gravity and the World Grid

Do “Abominable Snowmen” exist? Prepare yourself for a shock. In the opinion of one of the world’s leading naturalists, not one, but possibly four kinds, still walk the earth! Do they really live on the fringes of the towering Himalayas and the edge of myth-haunted Tibet? They do, but we are far more likely to catch one in the United States! Northern California and its almost impenetrable Klamath Forests may hide the astonishing answer. From how many areas in the world have factual reports of wild, strange, hairy men emanated? Every continent, except the Antarctic!

Now at last, Ivan Sanderson, who has been accumulating material for 30 years on this subject, explains in language as plain and clear as a news flash just why no “Snowman” has ever been captured and kept for a zoo or a museum (one was caught during the 1800s, in Canada). What has established science had to say on the status of the “Snowman”? Why have the scientists played down the story? Why are the press so confused? The author explains the confusion of both, some of it deliberate.

Learn, for what may be the first time, the true story of the continents, and above all, the vegetation which covers them. Learn why many areas thought to be well known are less known today than a hundred years ago. Learn why maps are so deceptive, and frequently entirely useless. Learn what the American Indian knows about this problem and why, until very recently, “he wouldn’t talk.” This is a book for those who want to discover the truth. The author, uniquely fitted by both intensive scientific training and his superb writing ability, tells this astonishing story and breaks down the barriers of time and space, showing in a bright light both how and why Mother Earth still clings to her ancient mysteries, and that the Age of Discovery has never really ended.