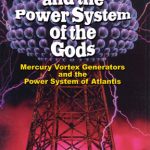 Atlantis and the Power System of the Gods

The islands of Micronesia, situated in the western Pacific Ocean, are studded with ancient megalithic ruins, some built on a massive scale. But as author/adventurer David Hatcher Childress writes, the origin of these structures is uncertain. (paperback)

In “Ancient Micronesia”, Childress draws on his own travels to the region as well as evidence garnered by European explorers, archaeologists and anthropologists in the last few centuries.

On the island of Pohnpei, Childress visits the most imposing megalithic structure of all: the lost city of Nan Madol, whose central area comprises up to 100 artificial islets built with magnetic, crystalline basalt logs, each weighing up to 20 tons. Some of the structures contain 50-ton blocks and have 30-foot-high walls. But how were they put into place? According to local legend, the basalt logs were magically levitated into position by the islanders’ ancestors.

But who were these ancient engineers and from where did they come? Some archaeologists date the ruins at up to 2,000 years old, but it’s been suggested that the structures were built by a megalithic culture that existed throughout the Pacific, well before the migrations of the islander races.

Childress’s quest also takes in the menhirs of Palau, the Latte Stones of Guam, the canal city of Insaru on Kosrae, the large stone money discs on Yap and the roads on Malden Island. His glimpses into Micronesian culture, language, writing and myths are richly supported with maps, illustrations, archival b&w and recent colour photos.