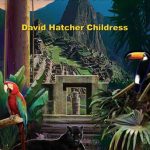 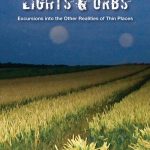 Sometimes the veil between the physical and nonphysical worlds can be very thin indeed. So-called “Thin Places” and “Thin Events” are part and parcel of Gareth Owen’s new book, As Reality Dissolves. It takes in some of the ground he covered in his 2012 book Crop Circles, Lights & Orbs, and ventures into new territory.

A computer security entrepreneur with science and psychology degrees, Owen has travelled to exotic places and to the home of crop circles, having phenomenal experiences along the way. After a visit to sacred places in the UK, those mysterious luminous orbs seemed to return with him to Australia. Anomalous events occurred that demonstrate how thin the veil of reality is: an old church with an energy wall that prevented entry to an unwelcome visitor; a missing step in a stairway; a possum that walked through a steel cage; a beloved dog that spoke to him from the afterlife. These goings-on suggest that reality is not as solid as we’ve been conditioned to think.

And get us to think, Owen does in spades. Whether about colour perception, ancient knowledge, the limitations of religion and science, the illusion of materialism, quantum field relevance or the afterlife as an inevitable consequence of the structure of reality, Owen educates and amuses with his insights. The magic and mystery deepen, as to be expected if we’re in “something called infinity”. He concludes that the power of love is the fundamental cosmic force, even the precursor to consciousness. Expand your mind!