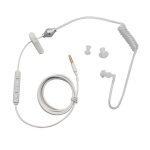 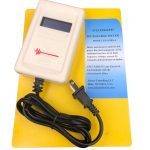 This Auto model with a 15 metre radius in all directions (30 metre diameter) is half the strength of the Cube. The Auto is recommended for all vehicles, especially while using mobile phones and other wireless technologies when travelling.  May help to reduce driver fatigue.

EMF levels in a vehicle are up to three times stronger than in free space. A controlled Polish study conducted in a simulator and published in the International Journal of Occupational Medicine and Environmental Health found that:
“Significant perturbations in EMF distribution were observed, as well as an increase in the measured electric field strength values in the simulator, in comparison to free space measurements: for instance, 9 EMF peaks were observed at a distance of 1 m from the mobile phone and the electric field strength was up to 3 times higher inside the simulator. Those values are elevated mainly due to the induction of EMF in the simulator’s metal parts and EMF rebounding from metal exterior planes.”

The Tesla Auto is approximately the same strength as the plug-in.

For all vehicles, it comes with a 1 amp and a 2.1 amp USB charging port for easy and quick charging of devices.

Utilising a pulse/pause cycle, this technology is in harmony with the body’s natural rhythms and cycles. This technology does not burden the body with a constantly pulsing frequency. Blushield makes use of a natural pulse/pause cycle, with the device on for about three seconds and off approximately 30 seconds. The body does not build resistance or aversion to this natural cycle of supportive and nurturing frequencies. The Blushield technology provides a scalar field comprised of a wide spectrum of natural frequencies which the body can easily utilise to reduce stress and maintain psychological and physiological balance when exposed to EMFs. Using Blushield, the body absorbs and utilises these natural frequencies from this intelligent ‘field’ of coherent information.