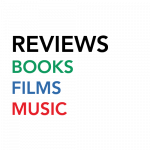 The Books, DVDs and Music reviews section of volume 13, number 6.

“Fulcanelli and the Alchemical Revival” by Genevive Dubois

“The Secret Vault” by André Douzet and Philip Coppens

“Beyond the Indigo Children” by P. M. H. Atwater

“Before the Pharaohs” by Edward F. Malkowski

“In Search of the Southern Serpent” by H. Miller & B. Brailsford

“They Lied to Us in Sunday School” by Ian Ross Vayro

“The Jesus Papers” by Michael Baigent

“The Green Man and the Dragon” by Paul Broadhurst

“A Handy Way to Cook Your Brain” by D. and O. James

“The SS Brotherhood of the Bell” by Joseph P. Farrell

“Flight from Death: The Quest for Immortality” from Accent

“Music from the Wine Lands” by various artists

“Call of the Mystic” by Bahramji & Maneesh De Moor