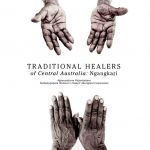 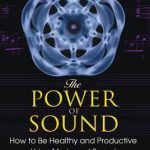 The power of Sound

Thanks to its best-known use, any mention of cannabis tends to bring up jokes about the munchies or debates about marijuana and legalised drug use. But this not-so-innocent flowering plant was one of the first to be domesticated by humans, and it has been used in spiritual, therapeutic, and even punitive applications ever since—in addition to its more recreational purpose. Despite all the hoopla surrounding cannabis, however, we actually understand relatively little about it in the human and ecological past. In Cannabis, Chris Duvall explores the botanical and cultural history of one of our most widely distributed crops, presenting an even-handed look at this heady little plant.

Providing a global historical geography of cannabis, Duvall discusses the manufacture of hemp and its role in rope-making, clothing, and paper, as well as cannabis’s use as oil and fuel. His focus, though, is on its most prevalent use: as a psychoactive drug. Without advocating for either the prohibition or legalization of the drug, Duvall analyses a wide range of works to offer a better understanding of both stances and, moreover, the diversity of human-cannabis relationships across the world. In doing so, he corrects the overly simplistic portrayals of cannabis that have dominated discourse on the subject, arguing that we need to understand the big picture in order to improve how the plant is managed worldwide. Richly illustrated and highly accessible, Cannabis is an essential read to understand the rapidly evolving debate over the legalisation of marijuana in the United States and other countries.