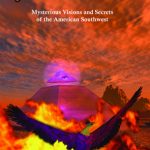 Eye of the Phoenix 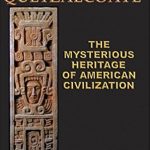 The Knights Templar, John the Baptist, and the Water of Life by Mark Amaru Pinkham (paperback)

While in the Holy Land the Knights Templar succeeded in their quest of finding a missing link that unites the spiritual traditions of the east and west. They discovered it in the form of a very ancient manifestation of the Holy Grail from Asia. Although the Templar Knights had been schooled in the legend of Jesus Christ and his famous chalice while in their homeland of France, during their one hundred years in the Holy Land they discovered that the Holy Grail of Jesus was but one of a long line of Holy Grail manifestations, and that a lineage of Guardians of the Holy Grail had existed in Asia for thousands of years prior to the birth of the Messiah.

This book presents the extremely ancient Holy Grail lineage from Asia and how the Knights Templar were initiated into it. It also reveals how the ancient Asian wisdom regarding the Holy Grail became the foundation for the Holy Grail legends of the west while also serving as the bedrock of the European Secret Societies, which included the Freemasons, Rosicrucians, and the Illuminati.

Within this book you will discover: the eastern origins of the Holy Grail legend; the Middle Eastern mystery schools, such as the Assassins and Yezidhi “Satan worshippers” that influenced the rites of the Knights Templar; the ancient Holy Grail lineage from Sri Lanka and the Templar Knights’ initiation into it; the head of John the Baptist and its importance to the Templars; the secret Templar initiation with grotesque Baphomet, the infamous Head of Wisdom; the Fisher Kings, the ancient human Holy Grails, and their lineages of supernaturally empowered priest kings who once ruled the world; and The Water of Life, the Kundalini power of the Holy Grail.