“The Original Colloidal Gold” has been added to your cart. 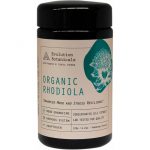 As you climb up the jagged mountains of life, Shilajit is there to elevate your vitality and balance your energy. A true source of primal nutrition, this powerful Himalayan mineral complex rejuvenates the body, neutralises free radicals and counteracts adrenal overstimulation and exhaustion. Shilajit is suitable for both men and women, containing a complete array of over 70 trace minerals + fulvic & humic acids to enhance bioavailability.

SERVING SUGGESTION: Take 250mg to 1g or as otherwise suggested by an Ayurvedic practitioner.

Shilajit, a rare exude used in Ayurvedic medicine, is known traditionally as “The Destroyer of Weakness and  “the Conqueror of Mountains” and it has earned the reputation as a pro sexual tonic. Shilajit has been used as a male sexual tonic, but has proven suitable for both men and women. According to Indian folklore, Shilajit makes the body as “strong as a rock.” Shilajit is a powerful tonic, or rasayana, with adaptogenic benefits. Shilajit was never intended to target or be of specific interest to men, but centuries of use and decades of scientific research makes Shilajit particularly interesting for male reproductive and sexual health. In Ayurveda tradition, Shilajit is used as a remedy for almost any illness or condition that can affect the human body. It is said to enhance the benefits of other herbal remedies as well. Image: Shilajit is collected from mountain crags high in Himalayas.

Image: Shilajit oozing out of a high Himalayan mountainside.

The spermatogenic and ovogenic effects of chronically administered Shilajit to rats: