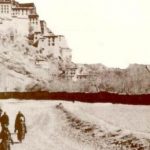 Now we know what spooked the Allies in the closing months of the war and why they were in such a panic to win quickly. The Allies assembled intelligence reports of supermetals, electric guns, and ray weapons able to stop the engines of Allied aircraft in addition to their worst fears of x-ray and laser weaponry.

Then there were the bombs. Contained in this book are reports of structured bombs of nipolit, N-stuff bombs, cold bombs, oxygen bombs which destroyed all life, atomic bombs and rumours of the mysterious molecular bomb. The true history of the fuel-air bomb is revealed by the US military. There is even a probability that the SS black alchemists of the 3rd Reich were experimenting with red mercury bomb technology.

This book documents very large mystery rockets under development in Germany, far beyond the V-2. Technological history is also examined. Guess who invented the computer, magnetic tape and computer programs? How about refining crude oil using sound waves or producing gasoline for 11 cents per gallon or the synthetic penicillin substitute, “3065”?