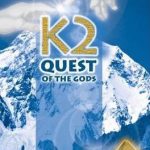 What women MUST know about their hormones by Sherrill Sellman. New edition (paperback)

Following a series of articles she wrote for NEXUS in mid-1996, psychotherapist and women’s health advocate Sherrill Sellman published Hormone Heresy. Five years later it was still so sought after that Sherrill had had to reprint it several times and base herself in the USA, where she conducts lecture tours regularly and adds to her already extensive research. This edition includes anecdotes from many of the women Sherrill has met in her travels—women who have taken her advice on board, taken their hormonal health into their own hands and rejected the medical/pharmaceutical line that, say, their menopause condition was the result of HRT deficiency!

Hormonal imbalance can occur at any age and is a growing problem to both sexes, considering also the risks from endocrine-disrupting chemicals popping up in our waterways and water supplies.  Sherrill expands on the facts of both natural and synthetic hormones, the health risks from taking hormonal drugs such as the Pill and HRT, and the benefits of natural progesterone in overcoming PMS and menopausal symptoms, staving off the onset of osteoporosis and even helping men achieve balance in cases of oestrogen dominance.