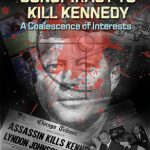 The Mysterious Heritage of American Civilization by Pierre Honore

According to ancient Native American legends, at some point in the mists of prehistory huge ships with “swan wings” landed on the shores of the New World. They brought strange fair-skinned men, bearded and blue-eyed, wearing gowns of a coarse black material with a circular opening at the neck and short, wide sleeves. These men brought the Indians a higher level of civilisation, sharing all their knowledge of science and engineering, and establishing social order and laws. Wherever you go in South and Central America, you will hear the legend of the white men with beards who came to the Indians in the dim past, and became gods of the New World gods called by many names, including: Quetzalcoatl, Viracocha and Kukulkan.

Who were the men who introduced their culture to the Mesoamericans? Where did they come from, and when did they arrive? Honore notes parallels between the Mesoamerican and Mediterranean cultures, and also many similarities with civilisations from across the Pacific, from China and Cambodia. Communication between South America, the Mediterranean and the Orient must have taken place! He maintains that the legendary foreign gods of the Indians once existed in reality, and he suggests a solution to the mystery of who they were.