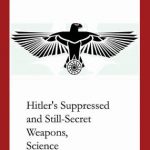 Surely the architects of Khemit, ancient Egypt, received inspiration for the design of their pyramids from the natural pyramidal landforms found in the desert far west of the Nile. Maybe, but this is not Ralph Ellis’s territory in his sequel to “Thoth: Architect of the Universe”.

Ellis reasons from his detailed studies of the geometry that the cross-section of the Great Pyramid is a map whose area can be understood when it is turned upside down. The King’s Chamber is a representation of Africa, the Grand Gallery depicts India and Asia, and the roof of the Queen’s Chamber portrays the Karakoram triangle near the Hindu Kush in the western Himalaya. At the upper centre of this inverted triangle is K2, arguably the world’s second-highest mountain. But what was so special about this region? Had Alexander the Great been onto something when he staged “Dionysian” expeditions there? Had the Great Pyramid, originally encased in gleaming white limestone, been built to mimic K2—a four-sided peak oriented to the four cardinal points, even though having an orientation differing by 90 degrees? Was the Pyramid’s causeway designed to imitate K2’s glacier? Spurious ideas, you may think, but ones that ask us to think outside the square.

So what was the purpose of this signpost of antiquity? Ellis goes out on a limb, suggesting that the map points to the location of the legendary Hall of Records—and he went so far as to venture there in the hope of finding clues to hidden doorways and shafts matching those of the Great Pyramid. His expedition foiled, unfortunately, the ultimate test of his theory is yet to come.