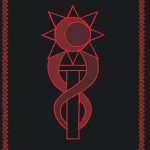 A Coalescence of Interests by Joseph P. Farrell (paperback)

Here, prolific investigative author Joseph P. Farrell directs his attention to the JFK assassination and the “coalescence of interests” that sought to overthrow President Kennedy in a coup d’état. The premise put to him by his publisher was to uncover what role Vice President Lyndon B. Johnson (LBJ) may have had in the conspiracy in the light of the “Texas connection”, but Farrell has taken a different tack by reconciling LBJ’s probable role within the wider context of vested groups: Soviets, Cubans, Mafia, Big Oil, banksters, the military, a host of alphabet agencies (CIA, FBI, ONI, NASA) and the Secret Service.

Farrell, whose fascination with the JFK assassination began at the time, when he was just six years old, utilises research from others who have already identified major players, in order to draw links between these groups and their agendas and to identify who knew what and their possible level of involvement in the assassination. In his analysis, Farrell considers mind-controlled patsies including Jack Ruby, doppelgängers, bullet-counting errors, ritual magic, Masonic symbolism and mysterious deaths of key witnesses. There’s damning evidence of LBJ’s involvement in the conspiracy, e.g., in the planning of JFK’s Texas trip.

This is a deep political conspiracy exposé that’s an engrossing read.