“Axis of the World” has been added to your cart. 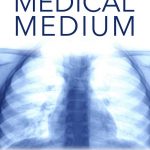 Real life “Indiana Jones,” maverick archaeologist David Childress takes the reader on an incredible adventure across some of the world’s oldest and most remote countries in search of lost cities and ancient mysteries.

Discover ancient cities in the Gobi Desert; hear fantastic tales of lost continents, vanished civilizations and secret societies bent on ruling the world; visit forgotten monasteries in forbidding snow-capped mountains with strange tunnels to mysterious subterranean cities! A unique combination of far-out exploration and practical travel advice, it will astound and delight the experienced traveler or the armchair voyager.

Plenty of material on the Rama Empire of ancient India, ancient aircraft called Vimanas, Shambala and hidden lands in Tibet, China and Mongolia, and plenty more!

Chapters include: Tales From the Seventh Gate; The Bowl of Buddha; Hidden Valley & the Lost Kingdom of Mustang; Call of the Yeti; Krishna & the Taj Mahal; Smugglers of the Kyber Pass; Thus Spoke Zarathustra; A Jihad Sweeps Iran; Mount Ararat & the Cult of the Assassins; Gurus & Lost Cities; Fierwalkers of t he Great Indian Desert; Shiva Dancing to the Juggernaut; The Seven Rishi Cities of the Rama Empire; Caravans Through the Karakoram to Hunza; At the Lost Tomb of Jesus; In Search of the Great White Brotherhood; Silk Road Across the Gobi Desert; Sojourn to the Tomb of Ghengis Khan; Tales From the Forbidden City; Taoist Pilgrim in the Jaws of the Dragon; more.