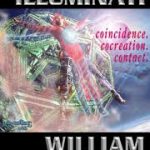 Is there a ruling elite? Is there a hidden agenda for world control? Who are “they”? These questions and more are all addressed in this ‘must read’ book.

In 1975, the normally conservative television program “Science Report” broadcast the most shocking investigative story ever shown on British television: an international conspiracy of monumental proportions with the codename “Alternative 3.” These statements were among the startling allegations: The rich elite of the world have initiated a secret program of space migration to escape the environmental pollution and over population destroying the earth; Top space scientists from around the world are being abducted to provide personnel for the space bases; Citizens are being kidnapped and subjected to mind control to serve as slave labor at the secret space colonies; A secret joint USA-Russian space program has established bases on the moon and Mars; UFOs are actually secret government aircraft with capabilities far beyond what we are being told. Since its initial airing, the startling claims of “Alternative 3” have been debated and decried as a hoax, while others claim that there is truth to this terrifying plan of our secret rulers!

Keith delves into the bizarre story of Alternative 3, including mind control programs, underground bases not only on the Earth but also on the Moon and Mars, the real origin of the UFO problem, the mysterious deaths of Marconi Electronics employees in Britain during the 1980s, the Russian-American superpower arms race of the 50s, 60s and 70s as a massive hoax, more.