“Pirates & the Lost Templar Fleet” has been added to your cart. 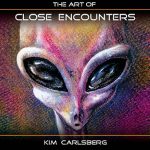 The Art of Close Encounters (Digital) This book by veteran conspiracy researcher Jim Keith is an overview of mind control as a tool of the New World Order. (Digital Download)

There’s nothing new in the idea of world domination through mind control, but the technical leaps of the last 60 years have increasingly refined the available measures of control—over individuals and the masses.

Keith sets the tone with reference to the historical roots of the war for the mind, covering the role of the Illuminati, the Skull and Bones society, the Freemasons, the British Round Table, the RIIA and Tavistock Institute. He explains the development of early forms of mind control in education, psychiatry and social engineering which are still basic tools of the control trade today.

The entry of the CIA on the scene heralded a brave new era of brainwashing, hypnotism, psychoactive drugs and advanced electronics within secret experimental programs like MK-Ultra. Their experiments to create programmed assassins seem to have worked, and now include what Keith calls “berserkers”—people who go on killing sprees for no apparent reason.

The application of these brave new technologies is global, as Keith illustrates with reference to the Russian “Woodpecker” system, the HAARP and GWEN projects, and EM and/or scalar wave ‘warfare’ witnessed in the Australian outback in recent years.