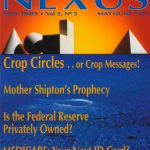 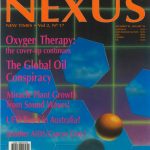 BANKS – CREATING CREDIT FROM THIN AIR
Extracted from the book “Bankers And Bastards” by Paul McLean and James Renton.

THE GLOBAL ENERGY GRID
By Bruce Cathie. Outlines the history of his research into the global energy grid.

VIVISECTION – A MEDICAL FRAUD
By Hans Ruesch. Extracted from his book “Naked Empress – or the Great
Medical Fraud”. Looks at drugs now banned which were first tested on
animals to show that they were safe for humans.

THE AMAZING DR DOTTO!
The world is full of stories of scientific geniuses that simply
disappear after their discoveries are made. The research of Dr Gianni
Dotto will amaze you!

OZONE – A SUPPRESSED AIDS CURE?
By Ed McCabe. The author of “Oxygen Therapies” has details of over 340
cases of cured AIDS patients – but the ‘experts’ still refuse to
investigate.

MAD SCIENTIST’S COOKBOOK
By Peter Nielsen. The first in a series of Do-It-Yourself projects for the “Mad Scientist” in all (or some) of us.

SCIENCE NEWS
Includes a look at Bruce de Palma and the intriguing IN-Machine
plus a look at the resurgence of interest in abductions, as witnessed by the recent conference at the prestigious MIT.