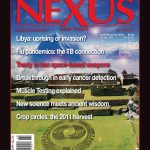 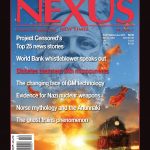 GLOBAL NEWS
We present news items on US soldier suicides greater than combat-related deaths, US bans on feeding the homeless, Sasquatch DNA sequencing, US surveillance of EU citizens, UK government documents exposing the hoax of vaccine safety, a 2,400-year-old city unearthed in China, emotions classified as mental disorders, and much more.

HEALTH CONCERNS WITH SMART METERS
By Dr Don Maisch. Reports are continuing to emerge that smart meter radio-frequency emissions are causing wide-ranging symptoms including insomnia, tinnitus, fatigue and nausea. This is not a nocebo effect but an impending public health nightmare.

A HISTORY OF AMERICA’S DEATH SQUADS
By Professor Michel Chossudovsky. Well before the start of the insurgency in Syria in March 2011, US government and military–intelligence operatives had already laid the groundwork for recruiting and training death squads, their model based on their successful “Salvador Option”.

IONISED AIR AND THE EFFECTS ON OUR HEALTH
By Rosalind Tan. Our modern built environment is overly charged with positive ions and sapped of stimulating negative ions, keeping us in constant stress and contributing to physical and mental health challenges. The solution is to re-create fresh indoor air.

LIPOSOMAL GLUTATHIONE FOR LONGEVITY
By Dr Steven Rochlitz. The most important supplement for longevity and for treating many chronic illnesses is glutathione, which can now be obtained as highly bioavailable liposomes. You may even be able to make your own liposomal supplements.

EVIDENCE OF EARLY CIVILISATION IN ANATOLIA
By Dr Robert M. Schoch. A sophisticated culture flourished in what is now Turkey at least 12,000 years ago but disappeared within 2,000 years amidst cataclysmic events which put an end to the last ice age. This culture may have survived by taking refuge underground.

DIGGING FOR THE BONES OF GIANTS
By Patrick C. Chouinard. Classical Greek and Roman records say that the bones of legendary giants were sought after, exhumed, examined and revered as magical icons that were integral to religious and cultural heritage but weren’t thought of as adding to a knowledge base.

THE TWILIGHT ZONE
In tribute to the late Philip Coppens, we publish his article on the crystal sphere that allegedly was found in 1970 within a pyramid in Bahamian waters off Bimini. Could the sphere and pyramid be relics of the lost Atlantis?

REVIEWS—Books
“Self-Healing with Breathwork” by Jack Angelo
“Secret Sounds – Ultimate Healing” by Jill Mattson
“DNA and Cell Resonance” by Konstantin Meyl
“Newgrange and the New Science” by Kieran Comerford
“Evidence of the Gods” by Erich von Däniken
“Nature Spirits” by Susan Raven
“Past Lives, Present Miracles” by Denise Linn
“The Divine Woman and the TwinFlame” by Jacinta Le Plastrier
“Our Universal Journey” by George Kavassilas
“Future Esoteric: The Unseen Realms” by Brad Olsen
“UFOs in Wartime” by Mack Maloney
“A UFO Hunter’s Guide” by Bret Lueder
“First Templar Nation” by Freddy Silva
“Mysteries of the Ancient Past” edited by Glenn Kreisberg

REVIEWS—DVDs
“Scientists Under Attack” by Bertram Verhaag
“UFOs: The Secret History” compiled by UFOTV
“Energy from the Environment” by Prof. Dr-Ing. Konstantin Meyl