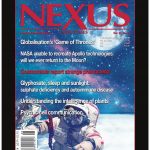 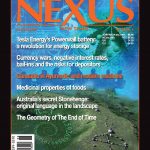 LETTERS TO THE EDITOR
Readers comment on the link between sunlight, vitamin D and EM radiation, homeopathy and the placebo effect, paranormal science, the MMR vaccine and autism, UFO cover-ups, and cosmonauts and the shamanic journey.

HOW THE MIND CHANGES GENES THROUGH MEDITATION
By Dr Mae-Wan Ho. The mind–body divide has been breached in conventional western medicine, thanks to new research findings in molecular genetics which not only bridge mind and body but also East and West.

DIRECTED-ENERGY WEAPONS FOR POLITICAL CONTROL
By Elana Freeland. While the military–industrial complex has been creating ever more despicable ways to spy on and control citizens via the electromagnetic environment, we have bought into this nightmare with our increasing reliance on personal communication technology to the detriment of our health and freedom.

COSMONAUTS ON UFOS AND STRANGE PHENOMENA
By Paul Stonehill. Soviet and Russian cosmonauts have risked their careers by talking about unusual phenomena in space, ranging from UFOs, anomalous clouds and mysterious sounds to angelic beings, weird whispers that urge them to return to Earth, and an inexplicable scent.

CROP CIRCLES 2014: A MYSTERY HERE TO STAY?
By Andy Thomas. Predictions that crop circles would begin to vanish were not borne out in 2014, although the phenomenon gave Wiltshire, the usual hub of activity, a wide berth at first. As it turned out, another fascinating season of ingenuity ensued in England and beyond.

THE TWILIGHT ZONE
This issue, we feature an article by British cryptozoologist Dr Karl Shuker about giant spiders encountered in remote regions of the world and even in suburban settings.