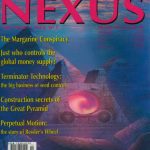 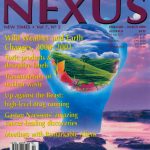 COMET LEE: THE NOSTRADAMUS COMET?
From Col. James B. Ervin & The Millennium Group. If the August 1999
solar eclipse and Grand Cross weren’t enough to prepare for, now
there’s a wildcard comet heading our way. Is Comet Lee the “King of
terror” that Nostradamus prophesied?

THE ECHELON SPYING NETWORK—Part 1/2
By Patrick S. Poole. With the ultra-high-tech ECHELON global electronic
surveillance system in place, no phone, fax or e-mail communication is
safe from the US National Security Agency, prime mover in the secret
1948 UKUSA agreement.

SCHOOL VIOLENCE & PSYCHIATRIC DRUGS
By Jon Rappoport. Drugs like Prozac and Ritalin are known to cause
violent behaviour but are increasingly being prescribed to children.
These drugs are implicated in recent US school shootings, but why are
the media ignoring this link?

THE BUTEYKO METHOD FOR ASTHMA
By Dr Paul J. Ameisen. This simple breathing technique, developed in
Russia in the late 1950s, continues to help people control, if not
cure, asthma and related illnesses without drugs.

THE YIN & YANG OF HIV—Part 2/3
By Valendar F. Turner and Andrew McIntyre. Conventional HIV theory,
diagnosis and drug treatment are under siege by dissident scientists
who suggest that the so-called purified virus is nothing more than a
tangle of cellular debris.

IN THE REALM OF THE RING LORDS—Part 1/2
With Sir Laurence Gardner. The Church persecuted the Grail Bloodline
heirs and dissenters to maintain its power, and subverted the stories
that would keep the Grail legacy alive in people’s hearts.

THE TWILIGHT ZONE
In this issue, an Italian WWII veteran speaks out on foo fighters, a
consciousness institute calls for participants in an online OOBE
survey, and ufologist Nick Redfern suggests the British Official
Secrets Act is used to stymie UFO investigations.

UNDERSTANDING THE YOWIE PHENOMENON
By Gary Opit. If bellowing calls, huge footprints and mutilated prey
are any evidence, Australia’s dense forests may be home to two cryptic
primates: the Yowie and its smaller relative, the Junjadee.