“Scattered Skeletons in our Closet” has been added to your cart. 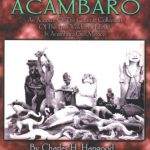 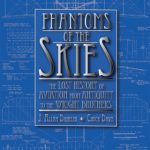 “The etymological roots of the word ‘paranoia’ suggest a consciousness additional to sanity, not sanity’s absence.” Join Steamshovel Press editor Kenn Thomas, the most renowned conspiracy writer in America, as he tracks parapolitics (otherwise known as “conspiracy theory”), in the 21st Century.

Thomas has travelled and lectured about conspiracies throughout America for the past decade, appearing in the major media as the sharpest critic of the consensus view of current affairs. From the Kennedy assassination to 9/11, Thomas examines the underlying parapolitics that animate the secret elites and the war-ravaged planet they manipulate.

“Parapolitics” collects Thomas’ lecture remarks, interviews, correspondence and articles printed in the underground press from around the world. Contents include: Notes from the Underground; Election 2000; Lectures; Octopus Redux; Previously unpublished interview with the girlfriend of Octopus investigator Danny Casolaro; Orgone; Wilhelm Reich: Eisenhower’s secret ally against the aliens; Conspiracy correspondence; Clinton era conspiracies; You Too Can Be a Researcher: How to use the Freedom of Information Act; Anthrax Terrorists; Media Mindwash; 9/11 Commission Omission, a dialogue with John Judge; 9/11 A Matter of Intelligence, a graphic adaptation; and much, much more.