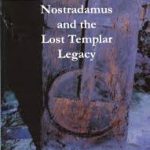 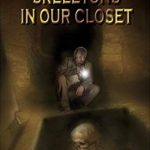 LOST CITIES author Childress takes us into the fascinating world of maverick sea captains who were Knights Templars and later Scottish Rite Free Masons who battled the Vatican and the Spanish and Italian ships that sailed for the Pope.

This lost Templar Fleet was originally based at La Rochelle in southern France but fled to the deep fiords of Scotland. This banned fleet of ships was later commanded by the St Clair family of Rosslyn Chapel (birth place of Free Masonry). St Clair and his Templar made a voyage to Canada in the year 1298 AD, nearly 100 years before Columbus! Later, this fleet of ships and new ones to come, flew the Skull and Cross Bones, the symbol of the Knights Templar. They preyed on the ships of the Vatican coming from the rich ports of the Americas and were ultimately known as the Pirates of the Caribbean.

Topics include: 10,000 Years of Seafaring; A Secret Society of Navigators; King Solomon’s Phoenician Navy; The Asassins, Templars & the Decapitation Strike; The Knights Templar and their Fleet; The Rivalry between the Knights of Malta and the Knights Templar; The Suppression of the Templars; The Lost Templar Fleet and the Origins of the Pirates; Pirates and the War Against the Vatican; Pirate Utopias and the New Jerusalem and more.