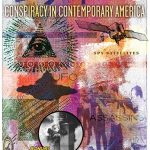 Physicist and Oxford-educated historian Farrell continues his best-selling series of exposés on secret Nazi technology, Nazi survival, and postwar Nazi operations such as German survival and Project Paperclip with the newly formed CIA and other defense/military establishments. In Roswell and the Reichalternative science and history researcher Farrell presents a very different scenario of what crashed in Roswell, New Mexico in July 1947, and why the U.S. military has continued its cover-up to this day.

By means of a meticulous review of the best-known Roswell research from both UFO-ET advocates and sceptics alike, as well as some not-so-well known Roswell research, Farrell presents a fascinating case sure to disturb both ET believer and sceptic alike, namely, that what crashed may have been representative of an independent postwar Nazi power, an extraterritorial Reich monitoring its old enemy, America, and its continuing developments of the very technologies it confiscated from Germany at the end of the war.