“Mass Control: Engineering Human Consciousness” has been added to your cart. 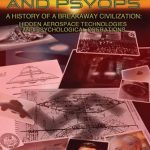