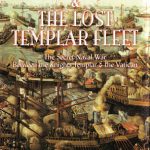 by Gary A. David (paperback)

Over a period of centuries the Ancient Ones of the American Southwest constructed a pattern of sandstone villages that precisely matches key constellations in the sky. This book plunges you into the mysteries of these unified star correlations. Other fascinating topics include: Orion’s global stargate shrines, Arizona earth chakras, crypto-creatures and star ancestors; the lost empire of Aztlán; evidence of transoceanic migrations to the Southwest in early epochs; the purpose of massive pyramids and canals made by those who once lived on the site of modern-day Phoenix; the subterranean origin of the Anasazi; the cave conundrum of Grand Canyon; the Hopi Mystery Egg; and prophecies of the Fifth World.