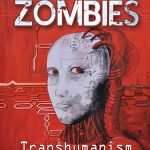 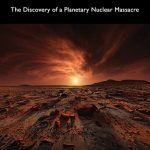 A Survey of Underwater Ruins from Around the World (Ebook)

Now in Ebook format, here Australian researcher Karen Mutton presents the world’s most extensive list of sunken cities and megalithic underwater sites currently known! She begins by discussing some of the causes for sunken ruins: super-floods, volcanoes, earthquakes, plate tectonics and other theories.

She then covers Plato’s Atlantis and the various areas of the Mediterranean and Atlantic that have been proposed as the location. From there she launches into a worldwide cataloguing of underwater ruins by region. She begins with the many underwater cities in the Mediterranean, and then moves into northern Europe and the North Atlantic.

Mutton continues with chapters on the Caribbean and then moves through the extensive sites in the Pacific Ocean and Indian Ocean. Lost ruins of the world covered in this book include Tartessos, Cadiz, Morocco; Lebanon, Cyprus, Malta; Russia, Iran, Libya; Bahamas, Cuba, Bermuda; Sri Lanka, India, Sumer; Alexandria and other Egyptian sites; Phoenician and Roman era sites; Lyonesse, Ys and Hy Brasil; Brittany, Canaries and Azores; and Thule and Hyperborea.

The final chapters are on ruins and structures in lakes and inland seas plus a brief look at modern and mediaeval sunken ruins.