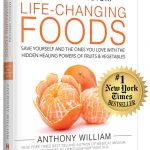 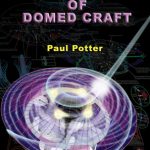 There is ample evidence across our solar system of cataclysmic and catastrophic destruction events. The asteroid belt, for example, may be the remains of an exploded planet! The known planets are scarred from incredible impacts, and teeter in their orbits due to causes heretofore inadequately explained.

Rejecting the naturalist and materialist assumptions of catastrophism forwarded by other researchers, Farrell asserts that it is time to take the ancient myths of a Cosmic War in the heavens seriously. Incorporating extraterrestrial artifacts, cutting-edge ideas in contemporary physics, and the texts of ancient myths into his argument, Farrell maintains that an ancient interplanetary war was fought in our own solar system with weapons of extraordinary power and sophistication. In doing so, he offers a solution to an enigma that has long mystified researchers, disclosing a cause of that ancient war, the means by which it was waged, and the real nature of the secret technology behind the ancient “Tablets of Destinies.”

It is all here, folks! The history of the Exploded Planet hypothesis, and what mechanism can actually explode a planet. The role of plasma cosmology, plasma physics (even plasma paleophysics) and scalar physics. The ancient texts telling of such destructions: from Sumeria (Tiamat’s destruction by Marduk), Egypt (Edfu and the Mars connections), Greece (Saturn’s role in the War of the Titans) and the ancient Americas. Download this Ebook now!