“Legend Tripping: The Ultimate Adventure” has been added to your cart. The AT Factor: Piece for a JigSaw – Pt 3 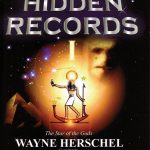 The Physics & Engineering of the Great Pyramid by Joseph P. Farrell (paperback)

Physicist Joseph Farrell returns with this amazing sequel to THE GIZA DEATH STAR which takes us from the Great Pyramid of Giza to the asteroid belt and the so-called Pyramids of Mars. Farrell expands on his thesis that the Great Pyramid was a chemical maser, designed as a weapon and eventually deployed — with disastrous results to the solar system.

Features: The Great Pyramid as a weapon!; Evidence of the Use of Weapons of Mass Destruction in Ancient Times!; The Astonishing Technology used in the Giza Death Star!; Evidence of a similar Death Star-Pyramid built on Mars!; The mystery of the Asteroid Belt solved!

Topics in this amazing book include: Exploding Planets: The Movie, the Mirro, and the Model; Dating the Catastrophe and the Compound; A Brief History of the Exoteric and Esoteric Investigations of the Great Pyramid; No Machines, Please!; The Stargate Conspiracy; The Scalar Weapons; Message or Machine?; A Tesla Analysis of the Putative Physics and Engineering of the Giza Death Star; Cohering the Zero Point, Vacuum Energy, Flux: Synopsis of Scalar Physics and Paleophysics; Configuring the Scalar Pulse Wave; Inferred Applications in the Great Pyramid; Quantum Numerology, Feedback Loops and Tetrahedral Physics and more.