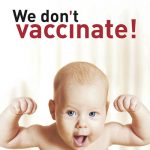 The Hemp Solution for a Sustainable Future by Sol Ramana-Clarke

PAL format: plays in computers and most DVD players worldwide. Check your player for compatibility.

This is the second update of the highly acclaimed documentary.

The updated medical section reveals the latest research in THC and CBD’s remarkable ability to kill cancer cells, heal many illnesses, and the newly found role of cannabinoids in balancing every bodily function. This miracle plant also provides sustainable paper, organic textiles, composite materials and building products, fuel, nutritious food and skin care. If only it were legal?

The Hemp Revolution was first released in 1995 as a 16mm film in 100 cities worldwide, and this Australian documentary has continued to be a key educational element in the modern resurgence of hemp industries and medicines worldwide.

In Producer/Director Sol Ramana-Clarke’s words: “The world’s most amazing plant just gets more amazing. I expected the update to be a quick little re-edit, but as I began researching the progress in hemp industries and medical marijuana research worldwide I kept getting blown away by the exciting developments”.

The Hemp Solution explores the fascinating history of Cannabis Sativa (the hemp plant), its thousands of uses, the economic and cultural forces behind its prohibition and its modern potential to solve major environmental problems.

With engaging footage from around the world, it shows how: hemp paper is a solution for the problems of deforestation and pollution associated with our wood for paper industry; hemp textile production is a solution for the problems of chemical use in our cotton industry; hemp building materials is a solution to build with a negative carbon footprint; hemp seeds are a solution to alleviate hunger in poor countries and to provide easily digestible whole protein, vitamins and minerals to all people; hemp seed oil is a solution for deficiencies in Omega 3 essential fatty acid in modern diets; and hemp medicine is a solution to alleviate many ailments for many people. Most remarkably, the updated medical section reveals the latest research in THC’s ability to kill cancer cells and the newly found role of cannabinoids in balancing every bodily function.

This award-winning film also examines the history and controversy around the drug marijuana, the current “war on drugs” and alternative policy options.

“I laughed. I cried. The most definitive film on hemp and related issues ever!”
– MARI KANE, HEMP WORLD MAGAZINE