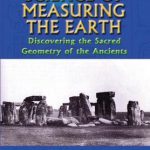 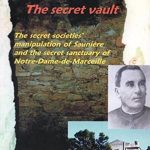 In this follow-up to her 2002 book Awakening (10/03), Mary Rodwell expands on the theme of amazing ET contact experiences reported by children and young adults and also relayed by teachers, scientists, medical doctors and psychologists. A clinical hypnotherapist and counsellor, Rodwell established the Australian Close Encounter Resource Network and co-founded the Foundation for Research into Extraterrestrial Encounters (see Strange Times in this issue).

Rodwell has noticed a difference with the newest generation of starseed children: they’re less fearful than the early Indigo kids and more able to embrace their experiences because they have an even broader multidimensional lens. There’s now also evidence to suggest that this phenomenon has intergenerational aspects. These children are “the new humans” on a mission to raise humanity’s consciousness beyond our limited 3D reality and awaken us to our true heritage, as they have a connection with intergalactic intelligences. They tell of travels on spaceships, advanced instruction on other planets, past lives and out-of-body experiences, teleportation, precognition, the true nature of our DNA, human–alien hybrid status and interactions with various alien species, off-world technologies from stargates to portals, and more.

Rodwell is convinced that an unprecedented paradigm shift in human evolution is underway. Though there are dark forces that would suppress it, as many of these kids realise, she believes that this enlightened path is unstoppable.