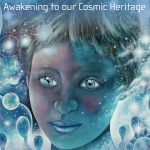 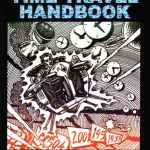 February 1999: writer/researcher Lloyd Pye holds the Starchild skull for the first time and feels its astonishingly light weight. He then gazes at its bizarre shape, complemented by its stunning symmetry, and he is compelled to try to discover the truth about its genetic heritage.

All scientists, he learns, will readily ask the question: Are humans alone in the universe? However, he also discovers that few are willing to risk their careers by openly trying to resolve such a contentious issue. So begins an eight-year battle of wits and wills between one resolute reasearcher and the entire monolithic weight of scientific orthodoxy.

The Starchild Skull chronicles Lloyd Pye’s determined struggle to overcome entrenched skepticism and dogma. One by one, stunning facts pile up. Unexpectedly, microscopic examination reveals durable fibres and red residue in the Starchild’s bone, neither of which are found in any other kind of bone on Earth. Finally, the results of DNA testing strongly indicate the Starchild could well have been a human-alien hybrid.