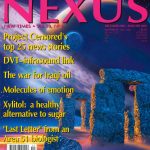 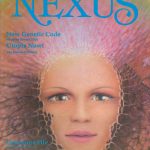 Breaking news including Pentagon surveillance and space weapons plans, research linking solar flares with Earth temperatures, and a complaint to the ICC on pharmaceutical industry crimes.

By Ann Martin. The pet food industry must be regulated to ensure that only safe ingredients, not the remains of euthanised companion animals, are included in commercial pet foods.

THE NEW MEDICINE OF DR HAMER

By Walter Last. For discovering the shock-conflict mechanism underlying cancer and demonstrating it with CT brain scans, Dr Ryke Geerd Hamer has been persecuted by courts across Europe.

By Will Banyan. For decades David Rockefeller has been promoting a “one world” vision to fellow powerbrokers, while rejecting criticism that he has any role in a cabal intent on controlling the planet.

By David Guyatt. Gold bullion and other booty looted during World War II is still being used to fund secret trading programs that bankroll black projects and rescue major banks from insolvency.

By Jerry Decker. A simple electronic device connected to a wire mesh screen with a polarity switch mechanism can act on the body’s auric field to assist healing at the cellular level.

FROM HELIX TO HOLOGRAM

By Iona Miller and Richard Alan Miller. Life is fundamentally electromagnetic, and the DNA helix serves as a bioholographic matrix that guides the organisation of physical form.

By Marius Boirayon. The Solomon Islanders have a long history of encounters with strange aerial craft and alien beings, and recent experiences sparked this former RAAF engineer to search for UFO bases.

Marius Boirayon reports on eyewitness accounts of Giants that still exist in the caves and mountainous jungles of the Solomon Islands, prompting us to question conventional ideas of evolution.

Surgery and its Alternatives” by Drs Sandra and David McLanahan

“Maya: The World as Virtual Reality” by Richard L. Thompson

“Healing Sounds: The Power of Harmonics” by Jonathan Goldman

“The Masters of the Mystical Rose” by Maree Moore

“Pyramid of Secrets” by Alan Alford

“The Age of Consent” by George Monbiot

“The Life Cycle of Civilizations” by Stephen Blaha

“Into the Buzzsaw” edited by Kristina Borjesson

“Cover the World” by various artists

“Over Nine Waves” by Rebecca Hood