“Volume 10, Number 3 – downloadable” has been added to your cart. 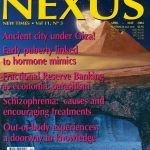