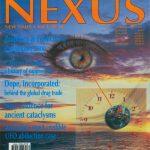 With Michael Cremo, as interviewed by Laura Lee. Anomalous artefacts suggest humanity has lived on planet Earth for far, far longer than orthodox scientists dare admit. So why rebury the evidence?

THE ALTERNATIVES TO ANIMAL TESTlNG

From The Humane Society of the US. The trend in medical science and industry towards adopting alternatives to animal testing is a positive sign for animal welfare-and human evolution.

THE LIES OF UNLEADED PETROL-Part 2/3

By Glenn Krawczyk. Certain elements of the US military have whipped up a recipe for rebellion of Orwellian proportions which has far-reaching implications for civil rights and democracy.

By Don Maisch. Numerous studies show that even low-level non-ionising electromagnetic fields can be hazardous to our health. A proposed five-fold increase in safety levels hints at a sinister secret.

By Harald Tietze, Known throughout China, Korea, Russia and Japan for over 2,000 years, this ancient concoction is a renowned immunity-booster and health-restorer. Kombucha’s surging worldwide popularity attests to its effectiveness.

A selection of interesting news and views from the underground science network. This issue, more on Tesla’s Colorado experiment and his little-known flying platform; plus Robert Adams’ supermagnets.

A collection of strange stories from around (and off) the world. Here, Gordon-Michael Scallion’s true-to-life visions and voices at the Great Pyramid.

“The Breathwork Explorer” from Photosonix.

“UFO Quest: In Search of the Mystery Machines” by Alan Watts

“The Orion Mystery” by Robert Bauval and Adrian Gilbert

“Health-The Only Immunity” by Ian Sinclair

“There is Always an Alternative” by Dr Peter Baratosy, M.B., BS

“The History of the Knights Templars” by Charles G. Addison

“The Atlantis Researches” by Paul Dunbavin

“The Ultimate Explanation” by Robert Norfolk

“Loom of the Future”-Trevor James Constable interviewed by T. Brown

“What Really Caused the Dinosaurs’ Demise?” by John E. West

“The Sound of Truth” with Hugo Symens

“The Celestine Prophecy” by James Redfield

“To Catch A Flying Star-UFO Experiences”

“The Lyrebirds of Tidbinbilla” recorded by Ederic Slater